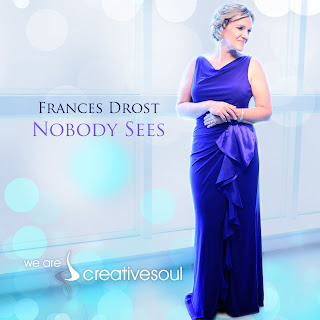 Embassy Music (Darwin Moody) Co-writer of "Nobody Sees"
Posted by Frances Drost at 5:50 AM No comments:

I have been a very busy bee.  Buzzing here and there, working hard on a special announcement. It's been driving the elephants nuts.  Such a small insect.

"East Africa’s elephants face few threats in their savanna home, aside from humans and lions. But the behemoths are terrified of African bees, and with good reason. An angry swarm can sting elephants around their eyes and inside their trunks and pierce the skin of young calves. Now, a new study shows that the pachyderms utter a distinctive rumble in response to the sound of bees, the first time an alarm call has been identified in elephants."

I know the buzzing will pay off soon. There will be sweet honey to enjoy!  But alas, those elephants will be back to haunt me with more 'to do' lists so I can't get stuck in the honey very long.  (I think I hear Winnie The Pooh saying 'oh bother').

Here's another "oh bother". A decision has been made about the song with the children, that's not so sweet.  As much as I loved having them sing last week and as wonderful as they did, my team and I have decided not to have a children's choir on the Song of Joy at all.

It has been a difficult decision but the whole point of a producer is to help make these tough decisions.  It is not a reflection on the children.  It is a reflection on what fits the song the best.  Either we had to hire a professional children's choir or let it go.  Phil didn't feel the song was the right type of song for a children's choir and that using children wouldn't 'make or break' the song.

I did learn through this process that there are trained children's choirs in Nashville that work with a coach on diction, pitch, rhythm and other things!  We considered hiring someone like that, but in the end felt that the song had to be the final decision maker and no one felt the song called for their sweet voices enough to go to that expense.

The fun part of this is that the children last week got a great experience in recording that not many children will ever have AND they get their own personal recording of what they did so they can listen as much as they like.  I even created a video for them of their day in the studio so they can enjoy the memories for years to come.

Now back to my beehive.  I have a concert on Sunday to finish rehearsing for.  It's 'biker' Sunday at a Mennonite church and I've been invited to 'ride' with them.  Not sure if I'm creating a beehive or hornet's nest?

Either way - I must get back to the elephants soon!  They won't be dissuaded forever.

Posted by Frances Drost at 3:41 PM No comments: