When Life Re-writes Your Song. 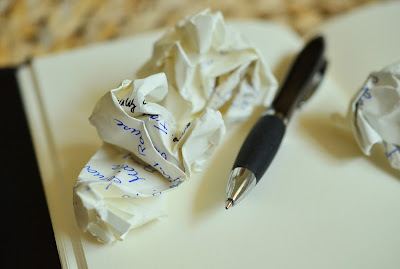 "Sorry folks, we missed the gap and will have to take you back to the terminal."  It's not what any weary traveler wants to hear - especially when you've already been sitting in the airplane for 3 hours waiting to take off.

I ended up spending the night in the O'Hare airport in Chicago. I found a booth in Chili's restaurant and used my purse for a pillow and spent my first night sleeping in a terminal. I was awakened by a woman yelling at all of us at 4:00 a.m. to get up and get our laptops out for security check. WHAT? What happened to "Good morning sunshine - time to rise. Sorry you had to spend the night here"?

My intended song lyric for the trip home had been "What a Delight, I Caught My Flight". Now a bad thunderstorm was re-writing my lyric to say "No Flight, it's a Chili Night."

So what do you do when life changes your lyrics?

All summer, I've been crafting the lyrics for my new music project, "Brand New Me". I've even started with one title and ended up with something completely different on a song or two. For instance, "Help Me God" has turned into "Just Like Me".

Writing the lyrics, hard as it may be, is not as hard as living the lyric. "Brand New Me" comes from my escapades while learning to figure skate. Somehow, taking the risk of learning something so challenging in my 40's started a new work on the inside of me and this new album will reflect the growth.

I've been thinking that as unpleasant as it is to have someone critique your writing and make you sit down and write to a higher standard, it has been one of the most rewarding experiences. Even as I lock myself away in my writing room to find the best words to express my thoughts and even though sometimes I want to throw the rhyming dictionary across the room, I always seem to come out with something better than what I originally started with.

It crossed my mind the other day, as I was weeding my flower beds (yes, it's amazing when and where new blog ideas strike me) that this process isn't much different than life. I think we all have a certain script or lyric that we want our lives to say or we don't really want to change and we are quite happy with status quo most of the time. But trials come, pressures increase and we start to have to change our tune, our attitude and sometimes, even the title.

Maybe it's not such a bad idea to not only re-write my songs, but to re-write my thoughts, my behaviors and my attitudes. After all, re-writing usually leads to something much better than when I first started.

I didn't like the new title I was receiving at the O'Hare airport that night, but by morning, I decided to embrace the experience and meet some new people and try to have some fun. I met a family of four who had spent two weeks in Rome and had a great time but were happy to get back to Texas where "they have laws" - those were their exact words! That led to a very interesting conversation.

I got to hear the opinions of three youngsters about Instagram, medicinal drugs and listen to some of their music. I flew home in white puffy clouds - a much better view than we would have had going home the night before with bolts of lightening surrounding us.

If your life was made into an album (that's what some of us still call it in the studio) what would the project title be?

Don't just settle for status quo, pick up your pen and start writing the lyric of who you want to be. In fact, do it while you have control of the pen. Sometimes, life picks up the pen and starts writing for you. If so, embracing the new script with a good attitude could lead you to a better song.