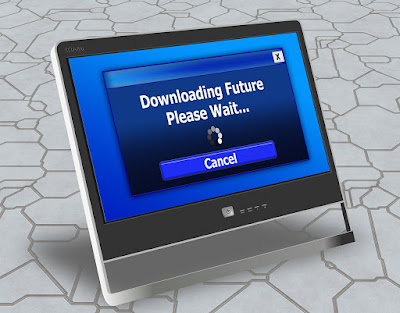 "To go TO something, you must go THROUGH something."—Bob Hazlett

It was January 7, 2018 when I heard this phrase from the guest speaker, Bob Hazlett. I could tell that I was going to need my kleenexes when he started to speak. I grabbed my pen and little travel notebook where I write song ideas, shopping lists, to-do lists and inspiring messages from speakers. I couldn't write fast enough, in between blowing my nose. His words stirred my creativity and began to replenish my happy but greatly depleted soul.

January tends to be a month of trying to find ways to fill up my empty soul. It's an In-Between month for me. It used to feel like a "new year" season, but not anymore. No resolutions or goals for the new year. Just recovery and tying up loose ends from my December concert, Portraits of White.

Since I started the concert experience over six years ago, I feel as if I've gone from having a daily routine to "seasonal" routines. The change has been both subtle and surprising and I'm still trying to adapt. The show is over but there are accounting books to finish up, surveys to read and consider, thank you notes to be written to so many people who help make the show a success and next thing you know, it's time to start planning the show again and I wonder how I'm ever going to do it again. Eventually, new ideas present themselves. Until then, it's a lot of waiting.

It was in this state of mind that I sat in my seat absorbing every word from the speaker. The thoughts I share here are not Bob's words exactly, but the essence of what he shared and how my soul received them. He spoke them over a year ago but I could tell even then that they were for me—somewhere down the road. As is often the case with "words" I hear, they might not be for the current moment but are futuristic. In this case, one year later, they are exactly what I needed for this month, this year.

There are three potential things we experience in the In-Between stages and it seems we often have to go THROUGH these to get TO the next thing.

1) Uncertainty
2) The Unknown
3) The Unfamiliar

A few other random phrases he shared:
My record producer, Eric Copeland, wrote a great song years ago that I pull out every now and then to remind me that In-Between isn't always a bad place to be.

So if you're going THROUGH something that's uncertain, unknown or unfamiliar, take comfort that it can potentially lead you TO something new. It's the In-Between stage that can be disconcerting, but it's worth pressing through it.

Posted by Frances Drost at 3:49 PM No comments: