It's a long walk up the lane to the home where it all happened. You can't see the pond or the house from the road which adds to the anticipation.

"There be dogs here"—a nice weather-worn sign greets you at the entrance.

I drove up the long lane toward the house......gasping as I drove. It was as if the summer rains had made a lush garden of Eden right here in Gardners, Pennsylvania.

No wonder my Mother fell in love with this place the instant she saw it and decided this was the place to raise her family over 50 years ago. 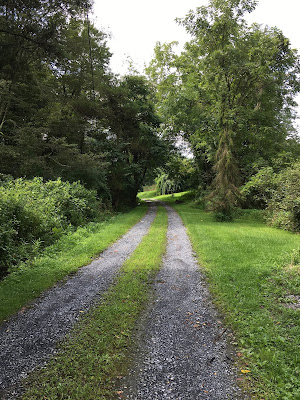 And then I saw the pond. The pond beside the barn. I just sat there in my van. 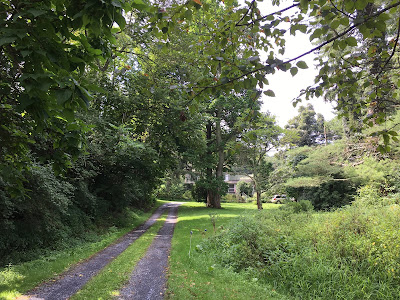 I moved on, past the pond, heading toward the house and started looking for Matt and James who were scheduled to be there ahead of me scouting for the best places to shoot video. I hired them to help me tell this part of my family's story—a very sacred moment in our past.

(I usually shoot video in Nashville, but since I really wanted to do this song back at the farm where it happened, I needed to find someone local. Matt graduated from the University of Valley Forge with a degree in video production. Filmmaking is his passion. I've already done one small project with him and really enjoyed working with him. It's special to think that I can have a part in making someone else's dreams come true.)

They were already getting set up. 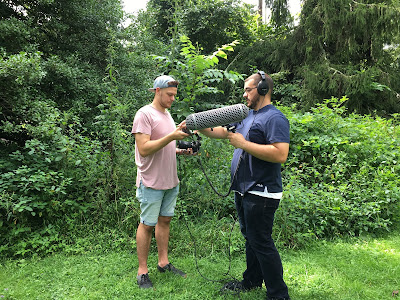 The landscape around the house was breathtaking. I stood there for a moment taking it all in—the gurgling springs, the singing birds and the fragrance of bitter-sweet family stories lingering on the grounds.

I greeted Virginia, the owner. They purchased the farm from us in 1968 (two years after Nathan drowned). Our family has visited them since that purchase, so it was more like seeing an old friend than a stranger.

We all share a love for this little place nestled in the hills of Pennsylvania. 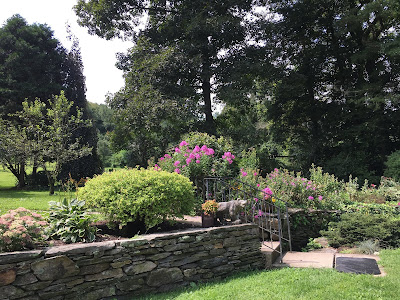 Stella, the dog, was eager to welcome us! We tried to coax her into the video, but she was too camera shy. She didn't want to appear in something so personal without a hair and makeup artist.  😊  Believe me, I understood! 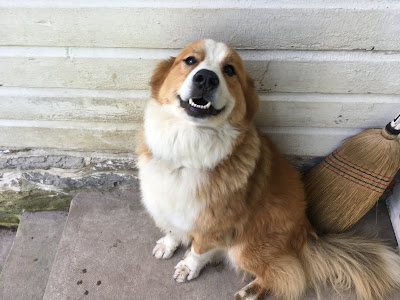 It's amazing to compare pictures from the past to the present. Though the barn is gone due to a fire, a shed still remains.  In the second picture, you'll see my sister, my Father and my Grandpa moving the family beekeeping operation from Ohio to Willow Springs Farm in 1964 when we moved there. Notice the 1956 Chevy in the background! 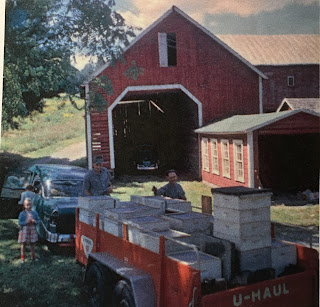 I took my Mother back to the farm not too long before she passed away. She was showing signs of dementia and I wanted to see if she'd remember the farm...and the pond. When we first pulled up the driveway, she had no idea where we were and I knew that she was indeed losing her memory, because this place was her favorite spot on earth. I finally pointed out the pond and told her about Nathan.

"Oooooohhhhh my", she said.

Talk about an emotional moment!

Near the shed is the house where my Mother raised her little family—the yard where she put Nathan and me out to play that fateful afternoon. It's the house she entered for a moment to get something and came back out to find Nathan missing... 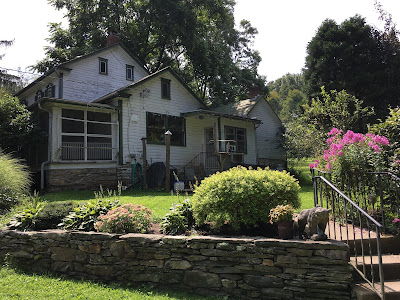 We began the video shoot by having me walk up the lane. The same long walk my Mother took when she found Nathan in the pond and tried to resuscitate him.

They wanted to drive her back to the house...but she refused. She wanted to carry him in her arms.

I barely began the story and the tears came in full force. I'm still reeling from the thought of what it must have been like for her that day. 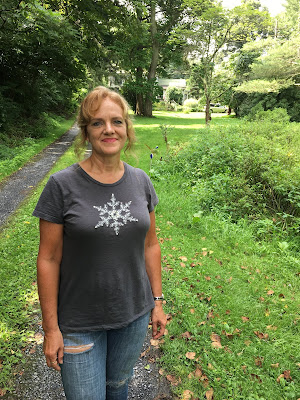 Notice the snowflake on my shirt in the above picture?

The snowflake is a very special symbol to me. They say each snowflake has it's own unique pattern. Just like humans. No two people are alike and no journey through grief is alike. My Portraits of White winter concert is all about winter and snow, as well as Christmas. Many of the songs on the album stemmed from coming to terms with the loneliness and grief from the loss of our two brothers—especially over the holidays. It felt appropriate to wear this shirt for the video. 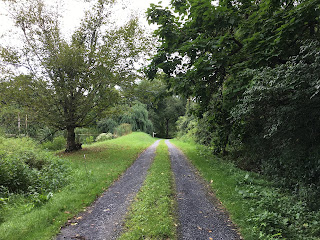 We found lots of beautiful spots to do the video.

The swing under a big tree near the pond.
Beside the pond.
Walking up the lane.
Sitting on the dock at the pond.
On a bench by the pond.

As we were wrapping things up, Katie, the daughter drove by the pond. She stopped and got out of the car. I thanked her for allowing us to come and do this on their property.

She said, "My mother feels very sad about it."

"It IS sad", I replied with misty eyes.

(Her Father, William Daniels, died on this same farm two years ago. He and Virginia were getting into their car and he had a stroke right there in front of her. Stella, the dog, came and laid down on him until the ambulance came.)

Katie and I embraced and cried. We didn't need words. It's the first time I ever met her but for a moment if felt as if no time had elapsed between the two deaths. We shared a common bond. We lost someone special on this beautiful place.

She got back in her car and looked up at me as the tears flowed. "My Father loved this place", she said as she drove away—down the long lane.

So did my Mother, I thought to myself.

As I drove away from the little garden of Eden, I knew that this was the right time in my life to do this. I'm finally starting to see how this story has shaped me as a person and I'm very comfortable with that journey now.

It's been a long walk for our family.
Posted by Frances Drost at 9:54 AM 1 comment: Links to this post