She lifted the glass of apple juice with her shaky, skeleton-like fingers, barely able to hold the glass and said "thank you, Lord, for this apple juice".   I choked back the tears.  My heart whispered in agreement.  It's the small things these days that my mother needs on this wilderness path of aging.

She doesn't have much of an appetite lately, but my hopes were raised for a short moment when she suggested a menu that she might enjoy. We were going to have steak on the grill, baked mac and cheese (like she would have made it) and fresh corn on the cob.  But in the end, even with my offer to make a home-cooked meal, she was too tired to stay at my house and eat.  So I took her back and tucked her into bed.

Today when I visited her over the lunch hour, she mentioned that once again she was not hungry.  I suddenly remembered that she loves apple juice.  In her old room they had learned that about her and would give her apple juice at every meal.  She doesn't remember to ask anymore and I forgot this small detail in the process of all the changes that nursing care brings.  I'm trying to find things that appeal to her and it's not easy.  I was glad to remember this and bring it to their attention.

I told the nurse that she would like to have it at every meal. I didn't expect that they'd get the message in time for lunch but when her tray arrived with apple juice on it, I was so grateful.

Apparently she was too and for one moment, all was peaceful as she sipped her apple juice.
Posted by Frances Drost at 1:43 PM 1 comment: 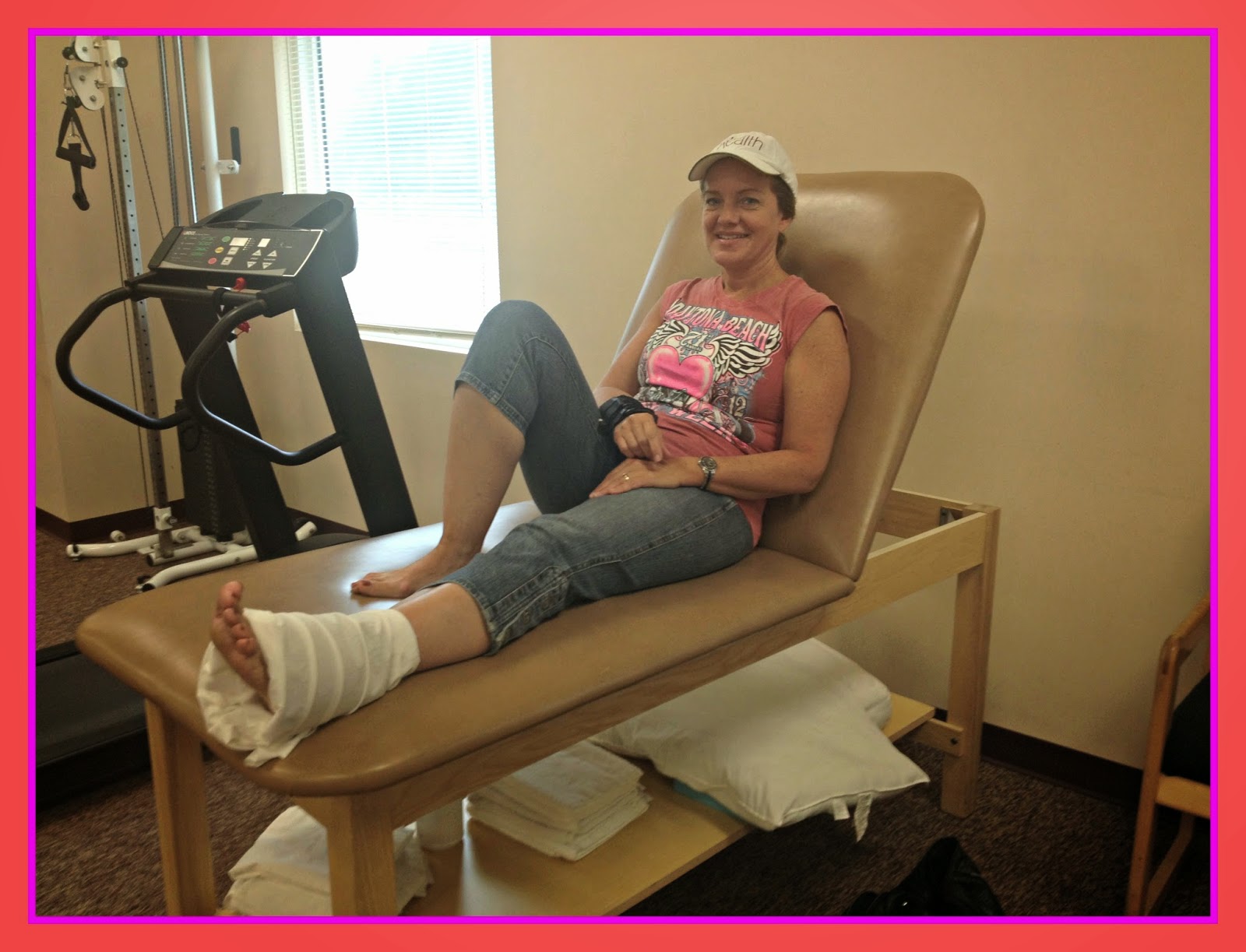 My mother used to tell me that for years she prayed for a piano player.  God apparently answered her prayer because I play the piano and I LOVE to do it!

There's another prayer she used to pray often.  She would ask God to heal my feet.  I have absolutely no arches and two large-sized bunions.  It's not the foot of a model, that's for sure!

I had a flashback to childhood when I was at my first appointment with the physical therapist a few weeks ago.  He looked at my feet and I could tell he was a bit taken back.  When he saw the big calluses I have on the bottom of my feet, he asked if I ever rub them.  That's when I remembered the days when I was a little girl and my mother would offer to rub my feet.  She would use 'bag balm' that she swears by (if she were a swearing woman, which she's not) into my feet and pray that God would heal them.

So here I sit in the physical therapist's office needing healing in my foot.  Apparently my foot structure did not tolerate the ice skating venture.  There has been no specific injury, but a gradual intolerance of all that I was asking of my foot, based on my poor structure.  The orthopedic doctor said he doubted I'd ever be able to skate because of it, but the physical therapist believes they can construct a support system for my ice skate that will allow me to skate in the future. I choose to believe the P. therapist.

It's been a terribly long journey of healing and it's not over yet, but this morning I was told that I can take a 15 minute medium-paced walk and see how it goes.  From there I can begin to increase the amount of time, though not the speed.  I have renewed hope.

I'm sure I will have a much stronger ankle and overall body when I go back to skating because I am faithfully doing all the exercises they are giving me and doing them on both feet so that both ankles will be strong.

I'm so glad God answered my mother's prayer for a piano player and that He chose me as the recipient of that gift.  I use it with joy.   I wish that God would answer her prayer for my feet and that I would have arches and no bunions.  He hasn't answered that one....yet. But I'm learning a lot about developing my feet in preparation for going back to skating and it will pay off in the end.

There is one big prayer that my mother prays regularly and I have joined her in the prayer.  She wants to go home to heaven.  I want her to be able to go, since that's what she prefers.  She's tired.  She's lived a long, full life.  She's lost two sons and two husbands and she's a tad weary of life here on earth.

I don't understand why God doesn't answer this prayer of hers, but I think somehow in the long, drawn out process of aging, there is some therapy that is strengthening her, and I, until the day He does answer that prayer.  She and I would prefer the 'quick fix' but that's apparently not the road we will be granted.
Posted by Frances Drost at 3:34 PM 1 comment: