The Second Half of the Story

"You know the material, you've just mis-applied it".

I traveled all the way from Pennsylvania to Tennessee just to hear that???

I couldn't believe what he was saying to me. I had studied his material for over ten years and was sure I had a handle on it.

I guess I must have been visibly shaken (I know I was on the inside) because he began to spend the next hour encouraging me, but it didn't seem to penetrate my disappointed soul.

I remember a similar feeling when I was in high school and thought I did really well on my math test only to find out I failed it. But this was much more important to me than a math test!

For over ten years I studied Tom Jackson's methods for live performance.  I bought his tapes, DVDs, signed up for his seminars and studied with his assistants. When he started writing a blog, I read that. I'd drive to my concerts while listening to his teaching just to keep his wisdom fresh in my mind and soul. I began to see pre-concert nervousness and anxiety disappear as I applied his techniques.

Many performers usually have multiple layers of fears. At the bottom of all our anxiety lies a fear that no one will like us. The next layer comes from fear that if we don't perform perfectly, we are a failure.  We think about the perfect notes, trills, pitches and how we are perceived and rarely ever think about the audience and what they might be feeling and thinking.  As I've begun to focus more on my audience and less on me everywhere I go, I have gone from being nervous to having complete peace before each event, thanks to Tom.

So when I finally got to work with Live Music Producer, Tom Jackson, over a year ago, I was pretty sure that we could skip the basics, cut right to the intricate details and really cover some deep territory because I already had a handle on his basic methods. Boy, was I ever wrong. But that's the first half of the story.

I learned a lot more as I spent the rest of the afternoon working with Tom, but I never fully recovered from feeling like I was a failure. I probably mis-applied his encouragement too. He told me that I knew more than about 90% of the artists out there because of my diligent study, but by then, I couldn't seem to hear that part.

Last week, in my blog post, I shared a very big answer to prayer. The answer was having Tom come to my Portraits of White concert last weekend to see me apply his methods....or at least try.

Hearing the initial words from Tom was a wake up call for me because it called attention to an underlying feeling I've struggled with for years, but could never put my finger on, until he said "you've mis-applied the information." I realize now that it is a thread of fear stitched into the core of who I am, but thankfully, that thread is starting to come unraveled.

You see, I have a crippling fear when it comes to God. I am afraid I'll spend my whole life trying to please Him and then one day, He'll tell me "sorry, you mis-applied everything".  FAILURE.

But there always seemed to be a low-grade fear inside. That fear was brought to the surface by an innocent conversation with Tom J. I never fully recovered from my first session with Tom. It hung over me like a faint wisp of smoke, clouding my vision AND my faith.

The morning of my Portraits of White concert, I was walking the grounds of Messiah College and pondering all that was unfolding. The fact that Tom was willing to come all the way to Pennsylvania and invest his time and wisdom in my life was a sort of redemption that I greatly needed.  He hadn't given up on me, in fact, he was coming to help me grow and improve. His words spoken almost two years ago were never meant to hurt or discourage. He was trying to help me. I knew that in my head, but my heart needed to feel it. His presence at my concert moved it 12 inches from my head to my heart.

The more I press in to understand God and allow Him to love me, the more He seems to stir up my bad streams of thought that affect every area of my life. He brings them to light and I'm learning that He does so, not to condemn me, but to lead me into greater freedom.

After the Portraits of White concert, I heard that Tom gave me a 10 out of 10 on my performance. Many people have asked me what he thought. My big sister apparently asked him (thanks big sister!) I know that he'll have some tips for me that will only make me better and I look forward to hearing them after the post-concert dust settles! I'm not afraid to hear what he has to say - even if I'm still mis-applying knowledge, because I know that he has my best interest at heart and over time, I will not only learn his techniques but learn how to apply them.

Having him come to my concert was a picture of God coming to my rescue to help me learn to apply His ways and thoughts to my life. He, after all, is the greatest producer there is.  He loves creativity and He loves a great show! 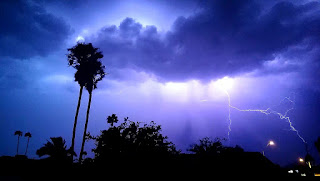 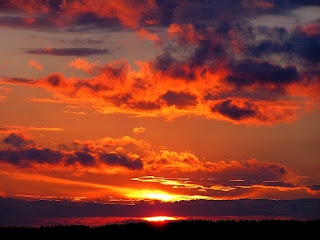 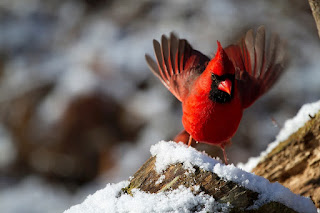 I'm learning that even if I mis-apply knowledge, the Great Producer will come and sit with me and help me learn not only how to know Him better, but to apply His wisdom and become a better artist.

That's the second half of the story.