A Box of Kleenexes

Every skater brings their own box of kleenexes.  One of the girls brings a pretty sparkly box with drink, tissues and other interesting trivia (not sure what) and sets it on the side of the rink. 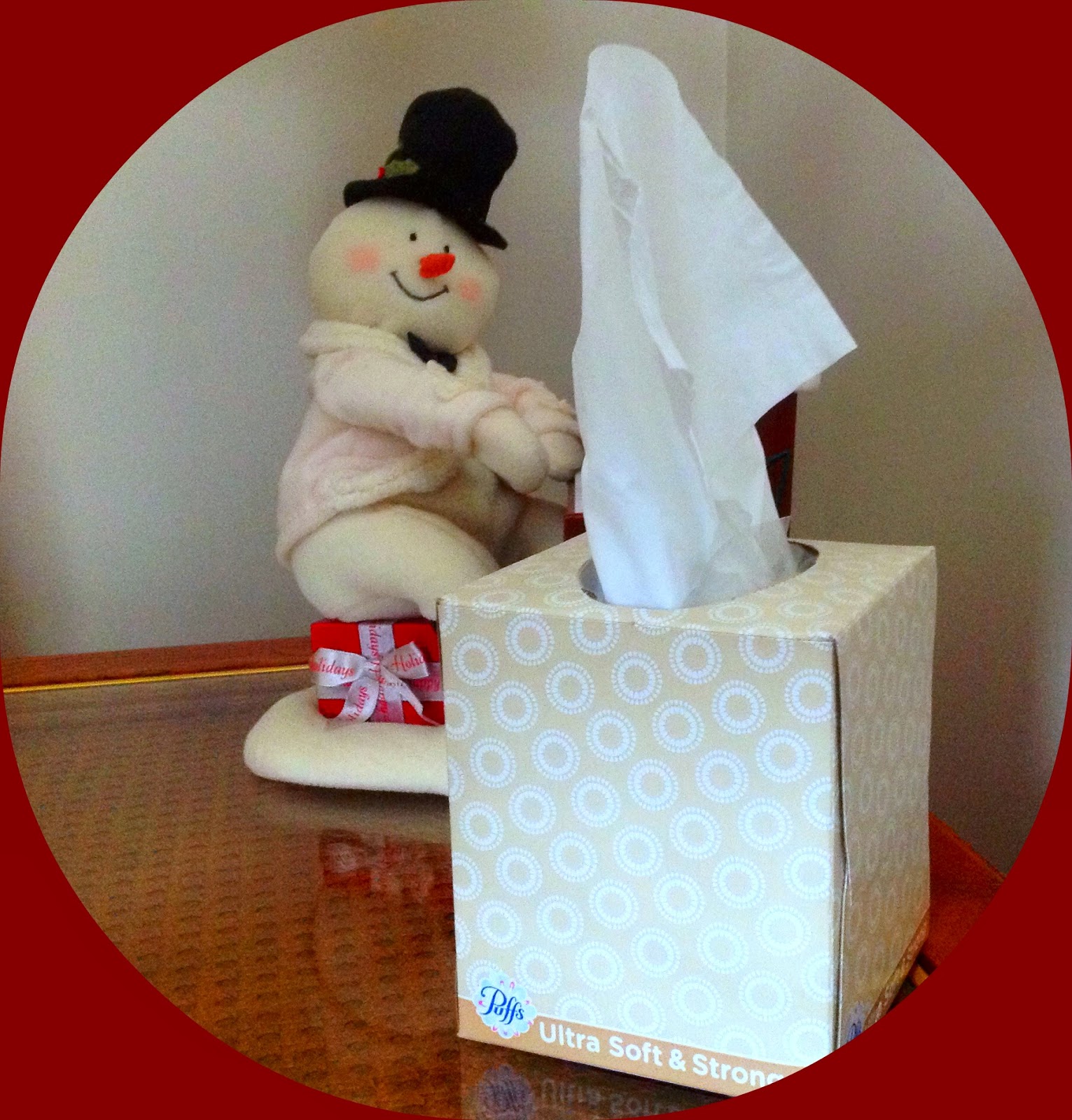 It's ok though, because we are all in the same boat (even if it is on frozen water).  No one seems exempt.  In fact, the first day I was there, I didn't think about the fact that I would need kleenexes, so I wasn't prepared.  I finally noticed half-way through the morning that a box of tissues mysteriously appeared on the side of the rink.  I was so relieved and began to help myself.  But I couldn't figure out why they weren't there earlier.  I must have just been scatterbrained and missed them I concluded.

I later came to realize that someone was putting them out everyday.  I began to wonder if they really were for everyone or just the guy who put them out.  After all, others began showing up with their own box.

It wasn't until the end of my fourth week there that I asked someone and found out that everyone is supposed to bring their own supply.  Uh oh.  Once I feel more comfortable with the boy who put his box out and unknowingly shared with me, I will replace the ones I used and apologize, explaining that I didn't know the custom of the rink.  Maybe he already knows and finds it funny that I freely helped myself.

There was a time not so long ago that I used a lot of kleenexes but it wasn't because of an ice rink.  It was because my heart was very frigid and wounded, trying to protect itself from pain.  As I begin to walk in healing and wholeness, I have less need for tissues.  I'm so glad.  Of course there will always be a part of me that cries at Hallmark commercials and tears up when I see a father walk his daughter down the marriage aisle, but that's the regular old me and I don't mind.

Life on the edge can be emotional, sometimes due to outside elements and sometimes from inside stuff. Either way, keep a box of kleenexes handy.  Eventually you will heal and perhaps not need so many.
Posted by Frances Drost at 9:40 AM No comments: