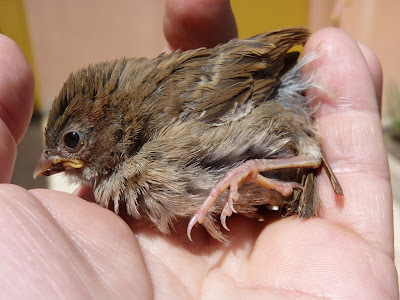 "Why don't you sing 'His Eye is on the Sparrow' for us tonight?"

The man making the request was the past international president of the organization where I was doing the music for a three-day conference. I knew he was probably joking, but in case he was serious, I began to rethink my special song choice for the closing banquet of the event.

Since I only had a few moments to brush up on an old song, I sat down at the piano and played it through, just to double check the key. (I preferred to sound like a pretty songbird and not a squawking chicken or screeching hawk, so choosing the right key is important). I remember one time I started in on "I Surrender All" and it was so high people might have surrendered just to get me to stop singing!!

Ah yes. I had plenty of range to spare and could even modulate from the starting key into a few others just for added effect. I typed out the words on my iPad to be sure I'd remember them but made no chord notations. Surely I'd be fine. I usually forget lyrics more often than notes.

When it came time for the performance, I was soaring along through the colorful chords and even letting the sparrow flutter a bit above the trees when all of a sudden, she faltered...

I couldn't for the life of me remember what key I was in and where I needed to go next.

Some mistakes can be easily covered up and most people don't even know, but every now and then you fail big. Another musician friend of mine always says, "if you're going to mess up, make it big."

There's really nothing else to do in these moments (at least from my experience) but to stop and have fun with it. Let the sparrow fall a bit! After all, the song says his eye is on the sparrow, right? So big deal if she flies into a branch and loses her memory momentarily. At least God is watching me do it. ;-)

"Well folks, I have absolutely no idea what key I'm in or where I'm supposed to be", I said to the crowd — with a grin.

Thinking about what to do next, I said, "I think the sparrow just fell out of the tree".

We all laughed and suddenly, I remembered what key I was in, resumed playing, changed key again and finished up the last chorus in a way that salvaged anything I might have messed up before — at least I hope it came across that way. 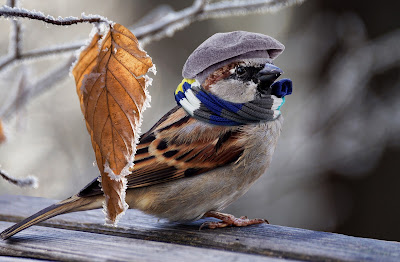 Posted by Frances Drost at 8:30 AM No comments:

Email ThisBlogThis!Share to TwitterShare to FacebookShare to Pinterest
Labels: courage, failing, faltering, His Eye is on the Sparrow, I Surrender All, imperfection, mistakes, sparrow
Newer Posts Older Posts Home
Subscribe to: Posts (Atom)