The Stairway to Something Better.

I stared out the glass doors pondering whether or not I should wander out into the streets of Chiang Mai, Thailand, for my morning run. If I did, I would be ignoring my friend's request to use the indoor fitness center instead of venturing out into the streets alone. (The last thing she needed was for the guest worship leader to turn up lost.) If I stayed inside, I'd feel confined...no doubt about it!

I strongly dislike indoor fitness centers. Especially when there are new roads to explore. True, I was in unfamiliar territory, but still, I love investigating new landscapes and discovering unique paths - especially in a new country, on foot. 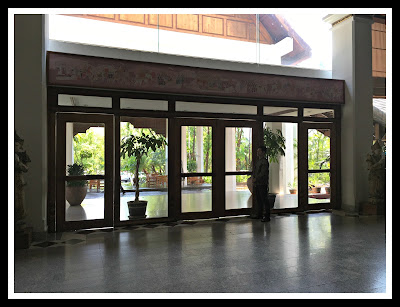 I paused for a moment longer.  Finally, choosing honor over adventure, giving in to what was sure to be "confinement", I turned and meandered toward the steps to see what I could discover within the walls of this new, temporary home.

Once I found the fitness center, I was surprised to find that it was closed.  Now what was I going to do? The temptation to ignore my friend grew stronger.

Made of ornate wooden rails and marble floors, the stairway before me offered a unique option. StairMaster anyone? Sure, it wasn't the adventure I had hoped for, but why not explore the options within my restricted area? I glared at the flight of steps and decided they would have to do. 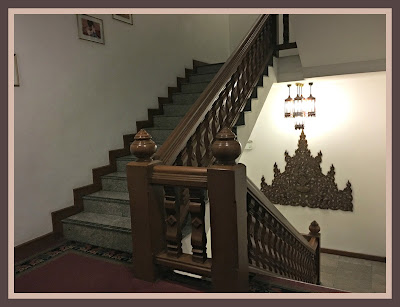 But as the stairway continued upward, it began to not only challenge my physical endurance (what was I thinking?) but also my bravery. The beautiful floors and railings were changing with each new level, and not in a good way. Where was this leading me anyway? With some hesitation, I continued upward. 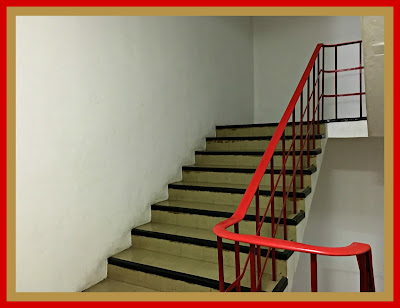 "Hang in there kiddo," I said to myself.

"GIVE UP," my legs screamed.

"You can always turn around and go back down," I argued with myself.

The higher I went, the less attractive the stairs became. 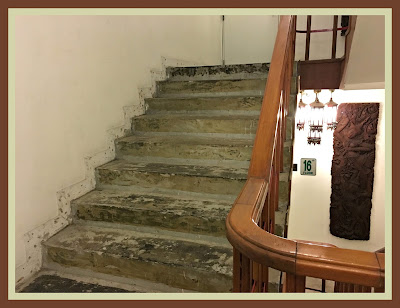 Just as I considered turning around and heading back, I discovered an open door at the top of the stairs (18 floors later). Propped open by a bucket, the door invited me to give in to my curiosity and take a peek. My leg muscles begged for a break.

As I stepped out on to what was obviously the top of the building, I wished I hadn't watched so many TV shows where the super hero and the villain end up on the rooftop to finish their final battle. (You know, the ones where the door slams shut behind them and they have to face each other.) I could almost hear the door slam shut behind me, permanently locking me out, away from any possibility of rescue. After all, no one knew I was up there and if that door slammed shut, I was in big trouble.

But with one glance around the roof and it's panoramic view of the city, my quandary over the "open door" vanished.

Suddenly, I giggled with delight at my new found stage. It became my dance floor, my running track and my worship zone for the week. How could I have known that by persevering up those steps, I would actually find something not only better, but amazing? Plus, I honored my friend's request at the same time.

Confinement? No way!! I called it freedom. 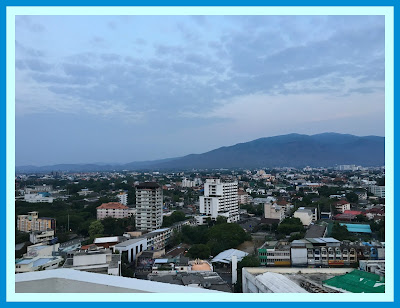 Every step had been worth it.

I was reminded of how often life's circumstances can cause us to feel confined. We have an objective in mind but for one reason or another we feel prevented from achieving it.

1) Look for another way to accomplish your objective?
2) Discover a whole new possibility because you took another approach?

“The best way to treat obstacles is to use them as stepping-stones.
Laugh at them,
tread on them,
and let them lead you to something better.”